The Driving Experience after Modifying the Throttle Sensitivity Booster 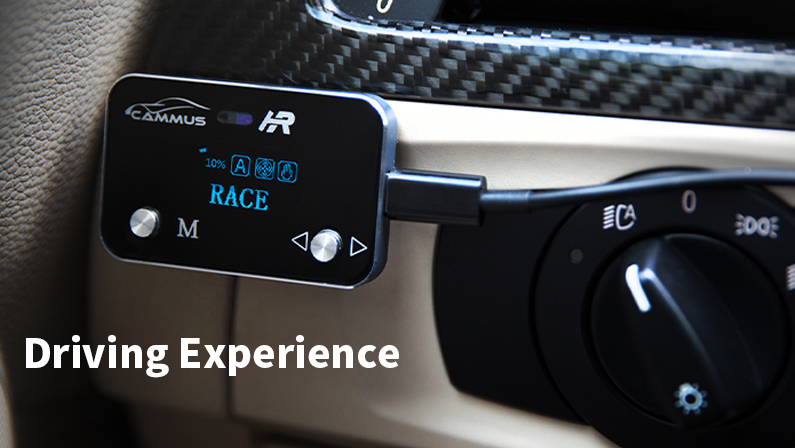 This article is written by a reader sharing his driving experience after modifying the throttle sensitivity booster.

The vehicle industry is revolutionized in the last few decades. Due to the various advancements in the auto parts, there are various cars with colorful stickers on the road. The majority of the cars are now getting modified with the latest technology which is not coordinating with the style of the car. This is the reason that we can see the noise of a car from a great distance. The majority of the people are not fond of any modification in their cars due to various issues of the modification.

There are some modifications that would be done for the achievement of the high-speed driving experience. For the enhancement of the speed of your car, there are some certain modifications that would be done in this aspect like the installation of the spoiler and to the front and rear bumpers. First of all, I would like to explain the working of Throttle Controller that how it will work and what its benefits in the modification of cars are.

The Throttle Controller is entirely responsible for the regulation of the various rates at which this will be applicable. This would be in a static or dynamic form. This device will control the response time and increase its acceleration time for the pedal to the engine by sending the electric signals. These signals will be helpful in the increment of your speed of the car excellently. Recently, I experienced a modified car with a special throttle sensitivity booster, and I would like to share my experience of this modification.

I am the user of a BMW car, and this is a nice car with fast speed but not too much good as compared to the other modified cars. Majority of my friends recommended me to modify it by throttle sensitivity booster, but I did not hear their recommendations at all. I thought that the speed of my car is best for me because I was not too fond of high-speed vehicles.

One day I got a chance to drive the modified car of one of my cousins who is fond of the modifications in the car. He is habitual of modifications of the cars whenever he got a new one. My car was out of order, and I requested him to let me drive this car to go to work. He allowed me, and he told me that this car is not a normal car because this is modified with the throttle sensitivity booster, so keep in mind its speed while driving, and this is a kind of gesture controller, which mean you can easily switch modes by a gesture swing,  that sounds interesting.

Firstly, I think that this is not as per my requirements, but I have no other way to go for work because my car was not fine. I entered the car and pushed down the pedals of the car, and I felt that this is not fit for me, but I have to use this car in any way. I experienced just after leaped forwarded it that this is a nice car and not as per my expectations which I was thinking before it. Anyhow, I started driving this modified car, and suddenly the car switched to the race mode, and I experienced various awesome experiences.

The first thing which I observed is that the accelerator becomes too soft which was a little bit harder before. The speed of the accelerator as per my observation would be 0.1 seconds. Suddenly, I observed that my seat is pushing me up and I got a chance to see a few cars ahead of me and applied brakes to slow down it. The car became slow instantly, and this was unexpected for me. I thought that a car would hit with the car next to me because this was at a high speed.

Anyhow, after returning from a job, I parked the car in the garage of my cousin with thanks to him and came back home. I was decided to modify the throttle sensitivity booster in the car even I was not fond of such modifications, but I became addicted to this modification just after doing a small experience. The majority of the people are saying that this modification has not too applicable and practical, but I am totally against these people. I assure you that flooring of the gas booster and pedals are pure of power boost, but after this modification, your experience to use your pedals of the car would be improved a lot.

In the end, I would like to express my opinion about the installation of the throttle control accelerator technology in the car is entirely depended on the owner of the car. If you are fond of the high speed and the nice experience of the driving, then this modification would be suitable for you and vice versa. The most important thing which I would like to explain here that the fuel consumption of the car was above average before modification and after modification, the fuel consumption ratio of the car is reduced.